We’ve teamed up with MasterCard® to give Mankind Customers the opportunity to win Two Tickets to the 2018 Brit Awards. Find out more about the competition below.

What do you win?

The pass entitles two people to Level 1 premier seating at the event, including pre-show drinks and an incredible 3-course dinner at a table for 10 in the BRITs VIP Club area where exclusive performances will be taking place.

The awards ceremony at the O2 Arena is set to be a star studded event on a huge scale. Confirmed performances so far include the ‘most streamed woman of 2017’ Dua Lipa, Stormzy, whose album ‘Gang Signs & Prayers’ charted at no.1, Oscar Winning artist Sam Smith, and Multiple record breaking singer-songwriter Ed Sheeran.

After the awards ceremony, you’ll be invited to the Official BRITs After Show, where you’ll be able to rub shoulders with celebrity guests. 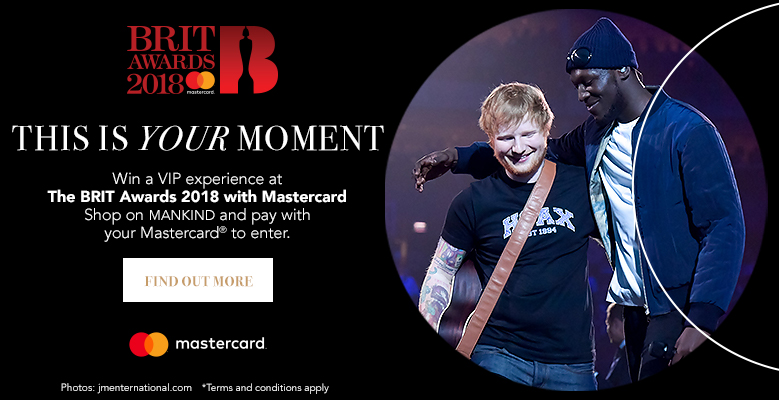 How do I enter?

To be in with a chance of winning, simply pay for your Mankind order using MasterCard between 18 January and 4 February 2018.

Read the full Terms and Conditions for more info.

How to Apply Beard Oil

What To Pack In Your Travel Bag

Choosing The Right Cleanser For Your Skin Type