Sports like Rugby, Football and Cricket have been part of British heritage for longer than we can all remember, but we feel it’s sometimes good to step away from the norm. Summer is the perfect time to shake things up a bit and try something new; you might even find a new sport that you end up loving!

Step Out of Your Fitness Comfort Zone.

We’ve collated some of our favourite alternative sport ideas that would be perfect to try this summer.

Who doesn’t like the idea of racing down a hill in a big plastic bubble? Essentially, it’s a bit more than that, but how fun does that sound? Zorbing has been around for longer than you might think, gaining mass media attention in the 1990’s when Gladiators created ‘Atlaspheres’. The idea has been adapted slightly and you now get the protection of a transparent plastic sphere. Zorbing should definitely be given a go if you’re looking for an individual or group activity.

If roller skating was your thing as a kid, you should definitely give roller derby a go. Two teams race in the same direction around an oval track, with each team having a designated jammer who scores points by lapping members of the opposing team. Professional roller derby has been popular since the 1940s and although currently female dominated; there is an increase in male and unisex teams. It also has some very interesting tactic ideas, including ‘goating’, the ‘whip’ and ‘ending  the jam’!

Indoor Skydiving Is For You.

Vertical wind tunnels, commonly advertised as ‘indoor skydiving’ have seen an increasing popularity in the recent years. Although they have been built for aerodynamic research, the most high-profile ones are used for indoor skydiving. You get to experience the sensation of flight without actually jumping out a plane, which we think is great idea, especially if you’re afraid of heights.

Does Bouncing On Beds Sound Fun? Give Trampolining A Go.

In the competitive sense, trampolining is a sport in which you perform acrobatics while bouncing on a trampoline. This can include anything from simple jumps to more complex somersaults. Trampolining has only been an Olympic sport since 2000, which has meant an increase in schools and gyms introducing trampoline facilities. Generally a trampoline routine consists of 10 consecutive skills whilst making contact with the trampoline bed in between. You don’t have to do it competitively though, it’s fun regardless!

Who else used to play catch as a kid? I’m sure everyone has once or twice. Handball takes this simple sport to the next level. Two teams of seven pass a ball between each other with the aim of throwing it into the net of the other team. It’s simple, fun and you will definitely get a sense of nostalgia from playing. There is a set of rules and guidelines to play properly, but it’s all about the fun, right?

See Yourself As The Next Spider-Man?

Rock Climbing Could Get You Started.

This one isn’t for you if you have a fear of heights. Participants climb up, down and across rock formations with the goal to reach the top of a formation. This doesn’t have to be as extreme, you can quite easily try this indoors on an artificial rock wall. If you’re looking for a sport that is physically challenging, rock climbing could be the one for you.

Live The Magic: Quidditch Is Real.

We just had to include quidditch as an alternative sport option! This popular fictional game has now gained mainstream popularity with official quidditch tournaments happening around the world. Originally created by J. K. Rowling for the Wizarding World of Harry Potter, the game has been adapted to suit all muggles. Two teams of seven players mount broomsticks with the ultimate goal of having more points than the other team by the time the snitch is caught. Even though the snitch is a tennis ball inside of a sock, this game will give any Harry Potter fan a sense of magic. Don’t try and fly your broomstick though, we know this doesn’t end well. 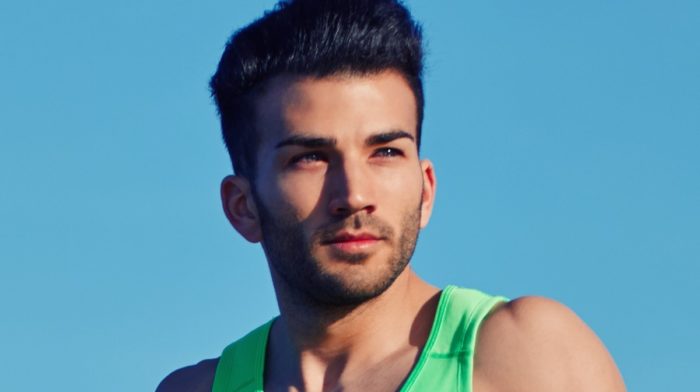 Simple Swaps for Summer: From Dad Bod to Rad Bod

Looking to up your fitness game this summer? Start your journey off easily with our simple swaps to take you from dad bod to rad bod this season!

Which Hair Colour Suits Me the Best?

How to Sleep Smart with This Works

What Is A Toner And Why Do I Need One?

How to Apply Beard Oil

Top 5 Smoothie Recipes For Your Workout