Tone up and turn heads with 20% off Mankind grooming essentials. Use code: TONE
The best brands... 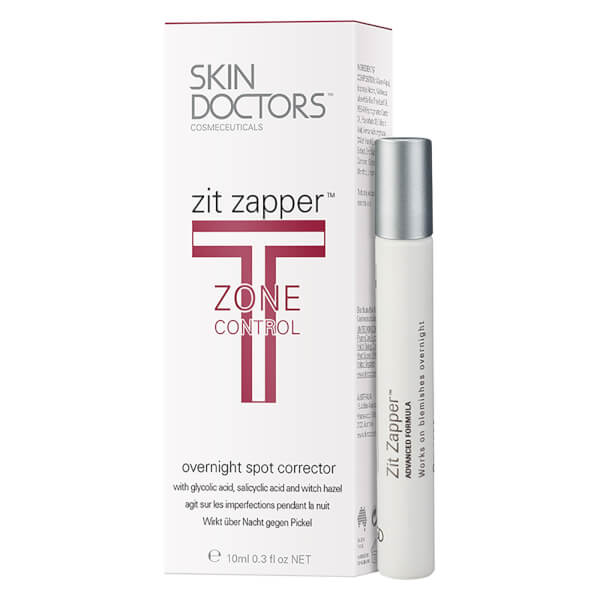 Discount has been applied to RRP. Offer valid for a limited time only.
See All

Discount has been applied to RRP. Offer valid for a limited time only.
See All

ZitZapper is an intense treatment for those who suffer breakouts and blemishes. This spot formula helps to eliminate spots in as little as 8 hours. It has a four way action that deeply exfoliates and unblocks pores, dries out spots, cleanses the affected area and calm the ugly red inflammation to give clearer skin.

See all reviews
Sort By

I am not a professional but I love taking care of myself. This is something that gets me going and I always choose the best quality quality to help me with it. Mankind provides original products at best price. There is nothing else I could ask for. Get additional benefits by using refferrralllll cccoodee "MANKIND dash RB". Instead of the word dash, use it's numeric sign.

This product is great!

Really does help get of rid of spots fast.

Sort the bottle out

This really does work in fighting spots, but I too have noticed the bottle leaks which is very annoying!

This does what it says on the tin, it really helps clear spots, but as anonymous says you don't get allot, but its good stuff!

Not completely effective as it states, but one of the better on the spot treatments I've used. However, you don't get a lot, lasted me just 2 weeks, but I do use it daily.

Was good. Didn't do it over night like it states but after 2/3 days it does work.This is good.

From someone who has suffered with acne and spots for many years now this product is another that doesn't really work..it helps with the redness and spot size but takes a few days to begin to take affect. Please someone write something on this review page which is worth buying for spots!!!!

Didn't work for me but don't let that put you off. I do however think the applicator needs a serious rethink, it either dripped down my face or struggled to make its mark? Try the Zirh Fix which gets my vote and has lasted me months :-)

Works well but don't get a lot for your money and also the bottle leaks if not kept upright.

Not good for sensitive skin

My skin is fairly easily irritated and I found this zit zapper too abrasive; whenever I applied it, it over-dried the area and exacerbated the problem. For a little extra money, I'd recommend using something like the Organic Pharmacy Blemish Gel, which moisturises the skin whilst treating the problem.

Does not seem to be particularly effective.

Not effective at all

I applied this to my spots before going to bed, and yet in the morning I could see no difference whatsoever. I have kept repeating the process, yet have only seen average results. Also, the bottle and applicator are very awkward. I will be trying Zirh Fix or Anthony in the future.

Sometimes the liquid comes out, another time dry as a bone. There is something inside, I can hear it, but as already mentioned it can be quite painful to keep pressing on the spot waiting for the mixture to flow.