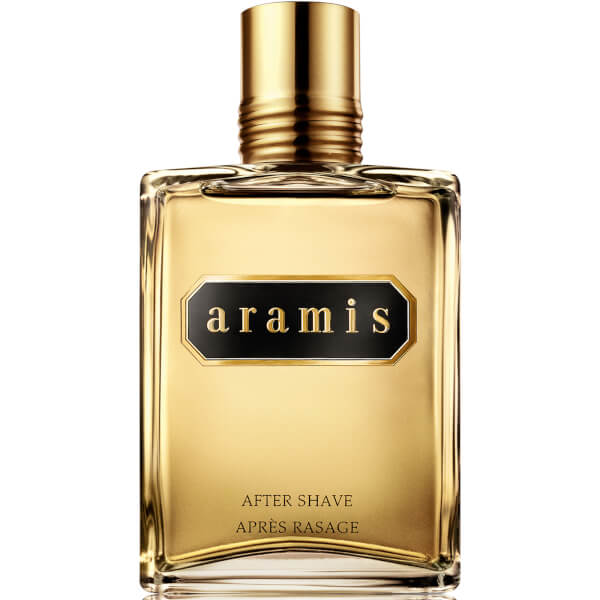 Please be aware that products such as batteries, perfumes, aftershaves, nail polishes and aerosols can only be shipped to the UK, France and Germany due to Mail restrictions. To avoid delay to the processing of your overseas order, please do not add any such products to your basket for dispatch to other countries as we will be unable to fulfil your order.

Refresh and tone newly shaved skin with the Classic Aftershave Splash from Aramis. This bracing after shave splash helps to heal razor burn and minor nicks, leaving the skin invigorated, with a distinctly masculine scent.

Fragranced with Aramis' timeless classic scent. A bold and masculine mix of heady top notes, such as Bergamot, Citrus and Sage with woody base notes of Patchouli, Sandalwood and Leather.

I have been using Classic Aftershave Splash for a very long time. It is still unbeatable, and long may it continue!

Used it for years and have tried meany other brands over time but keep returning to Aramis.

Ordered for my dad's birthday. He was really pleased with it. Took 3 working days to deliver, packed well.

My husband has used this aftershave for years so I bought him this for his birthday and I must say that I am very pleased with the efficiency and prompt delivery.

I smelt this in a magazine, and that very day I bought some. It's smell is better then anything I have bought before. It makes me think of warm winters by a fire and relaxing. A must have!