Save 25% in the Mankind Blue Monday sale, be quick, offer declines! Use code: BLUE
The best brands... 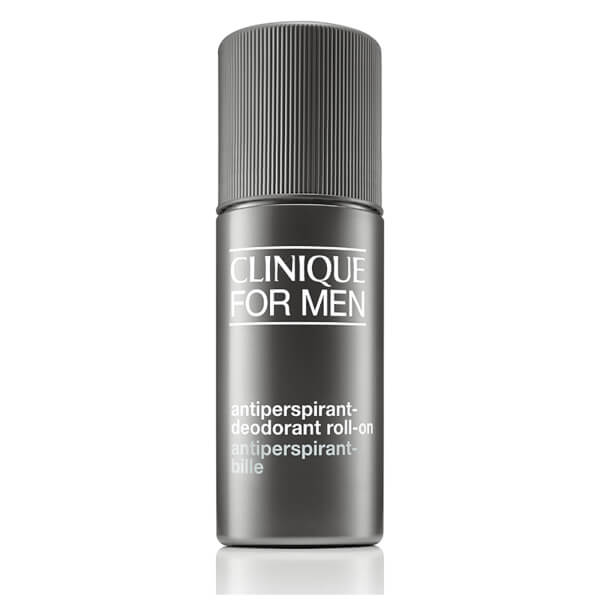 Clinique for Men Anti-Perspirant Deodorant Roll-On delivers long-lasting protection against wetness and body odours. With a powerful, fast-drying formula, the deodorant gently glides on to skin for ultimate freshness, without leaving marks or stains. Suitable for all skin types. E.N.

I thought I would try this Roll On Antiperspirant Deodorant and see how it compared to the anti-antiperspirant stick and it was a bad decision. The stick goes on and works like a dream but not so with the roll on. The ball is quite loose and in turn, however you try to apply, too much goes on which also takes forever to dry. You also end up with loads on your shirt if you are like me.

A deo for life

I have had the Roll On Antiperspirant Deodorant 75ml for 20+ years and I can't live without it! I have tried others but nothing beats this, it is my favourite.

For me, this roll-on is the best widely available at the moment on the market. I travel abroad on business often with hand baggage only and so aerosol deodorants are not an option for me to take. I have tried many different roll-ons, all of which were either not long-lasting enough and/or were just too 'sticky' and left marks on clothes. This delivers excellently on both those issues. As such, I think that it is worth the extra money compared to other roll-ons. A super product.

The best for over 25years

This is the BEST Roll On Antiperspirant Deodorant. I have used it for over 25 years and I will never buy anything else.

I got this to take on holiday with me instead of taking a spray on can, I am impressed by it, though expensive, leaves no marks and a lot better than the stick. protects against sweat without the high level of dryness that some spray can give, ideal for travel as does leak and compact size

this deo is very sticky, takes a while to dry out. Does not pass reality test, if you sweat, expect a protection for no longer than 3-4 Hrs. Good luck, might work in the nordic countries.

I tried this deodorant after it won a GQ grroming award. It's very wet under the arm and takes ages to dry! It's "unscented" but smeels very chemically and synthetic. After work and the gym it doesn't perform well at all!